The solution (from Chegg solutions) is given by: 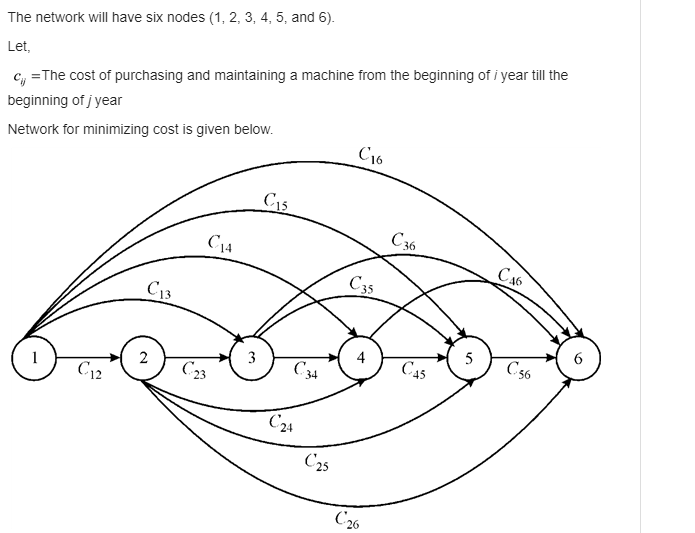 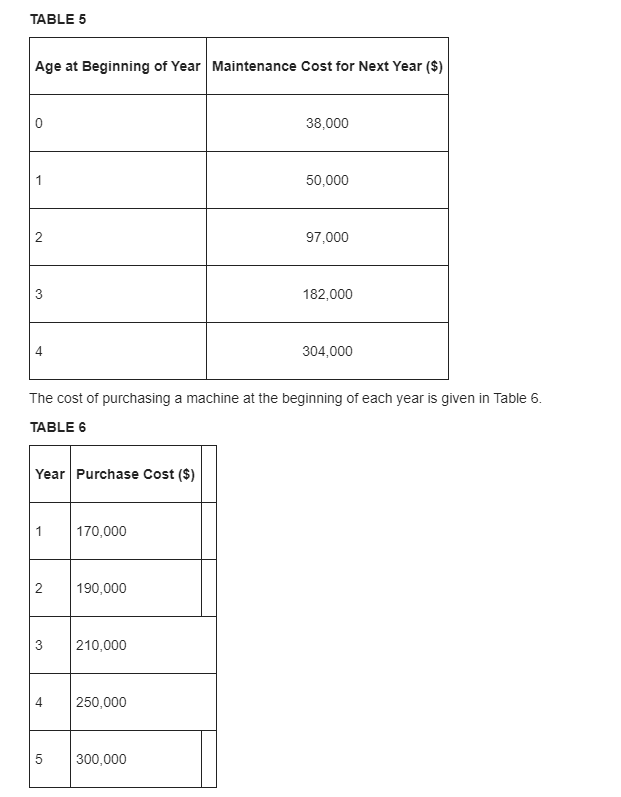 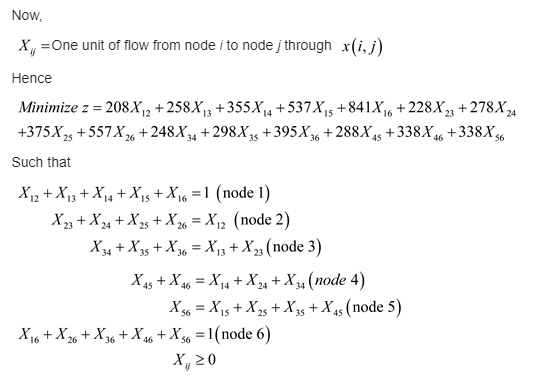 1) What is the logic behind creating this massive objective function, if we could just calculate the optimal cost using dynamic programming?

3) I don't understand the logic behind the other equalities. If someone could explain, that would be great.

What is the logic behind creating this massive objective function, if we could just calculate the optimal cost using dynamic programming?

3) I don't understand the logic behind the other equalities. If someone could explain, that would be great.

All constraints refer to flow. The first constraint says that one unit of flow is sent out from the first node. This is analogous to the last constraint, which says that one unit of flow is ultimately arriving at the sixth node. Each of the other constraints in the middle refer to a node, from node 2 to node 5. On the left-hand side you have arcs incoming to the node, and on the right-hand side you have arcs outgoing from the node. Because you want to conserve flow (as much goes in as goes out) you have equality constraints.

1/ this is just the classical formulation of the shortest path problem as a linear program.

2/ the first equality equals 1, as you need exactly one unit of flow to enter the first node

3/ these are flow conservation constraints : what goes in must come out of a node

Problems solvable using dynamic programming (including the machine replacement problem) could be viewed as shortest path problems, although usually in more than two dimensions (see chapter 2 of "The Art and Theory of Dynamic Programming" by Dreyfus and Law for the relevant discussion). Therefore, those problems could also be solved using the mathematical formulation or appropriate algorithms for the shortest path problem.

Not the answer you're looking for? Browse other questions tagged optimization or ask your own question.

22
Solving ATSP problem for large-scale problem
6
DAG shortest path in R - I have a list of nodes, each node's completion time and each node's predecessor(s). How can I turn this to a list of arcs?
6
Solving a Certainty Equivalent (Decision Analysis) problem
9
A variant of the Shortest Path Problem
4
Shortest path problem with boxes
1
Solving a (Non-)Linear Programming Problem
4
Combinatorial Optimisation, Allocation problem
0
How can I find the shortest path for all nodes in a graph from a source $s$?
2
How can I find the shortest path solution or even begin to finding the most optimal solution to a weld robot sequencing problem?