This is a modified version of the algorithm that I have proposed here.

I am pretty sure the answer is again NO. And it can be seen with the same graph as in the previous question here.

Consider the graph consisting of a $K_5$ (the fully connected graph with 5 nodes) and two additional nodes $r_1, r_2$ that have an edge to each of the nodes in the $K_5$. 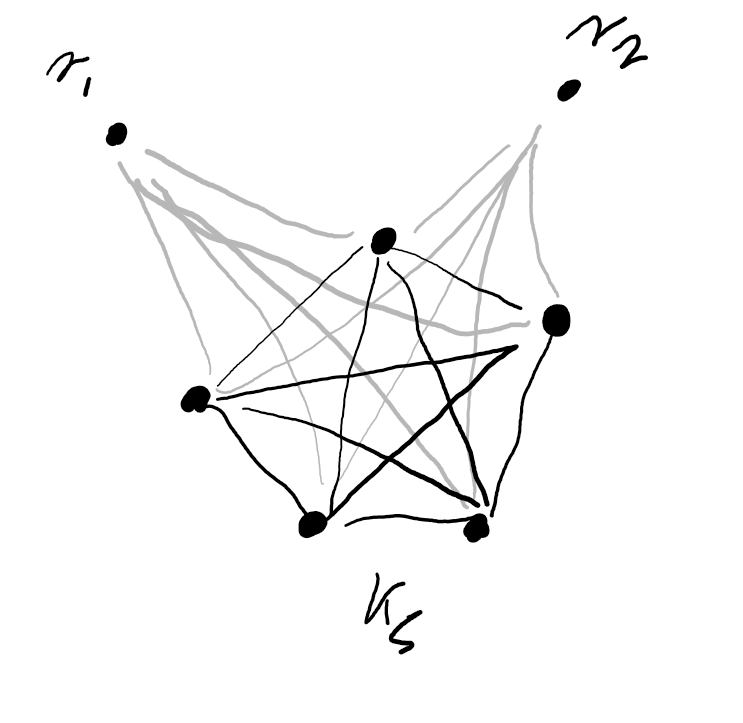 As was shown in the original answer the first optimal LP solution we find gives all nodes value $\frac{1}{2}$. As seen above step 2 will not add any additional constraints and step 3 will not remove anything. Then the constraints added in step 4 are exactly the ones from the previous question.

So as shown in the original answer the next optimal solution found will assign all nodes value $\frac{2}{3}$. Again with the argument from above step 2 and 3 will not do anything. Now step 4 will add constraints that will force all cycles of length $3$ to take at least value $3$.

As each node is contained in a cycle of length $3$ this implies that the next solution found has to take all vertices with value $1$. Now forcing any of the nodes to value $0$ will make the solution illegal, as the respective new cycle constraints are violated. Thus the algorithm terminates with a solution that has value $7$, where the optimal solution would be $5$.

Not the answer you're looking for? Browse other questions tagged combinatorial-optimization graphs combinatorics or ask your own question.

14
A variant of the Multiple Traveling Salesman Problem
7
Minimum vertex cover and linear programming
3
social network analysis - relations between people with weights
3
IP model for k-rooted spanning forest
1
Combinatorial Optimization Problem using IBM ILOG CPLEX
4
How to partition a graph with optimal number of groups?
5
Numbering the vertices of an $n$-layer graph so that edges have similar numbered vertices on their ends