Why the optimal value that minimizes a function does not satisfy condition?

I have found a solved example of A Stochastic Two-Period Model with No Setup Cost in the book Operational Research by Hillier, 7th edition, that has a lot of complicated calculations to arrive to the solution. 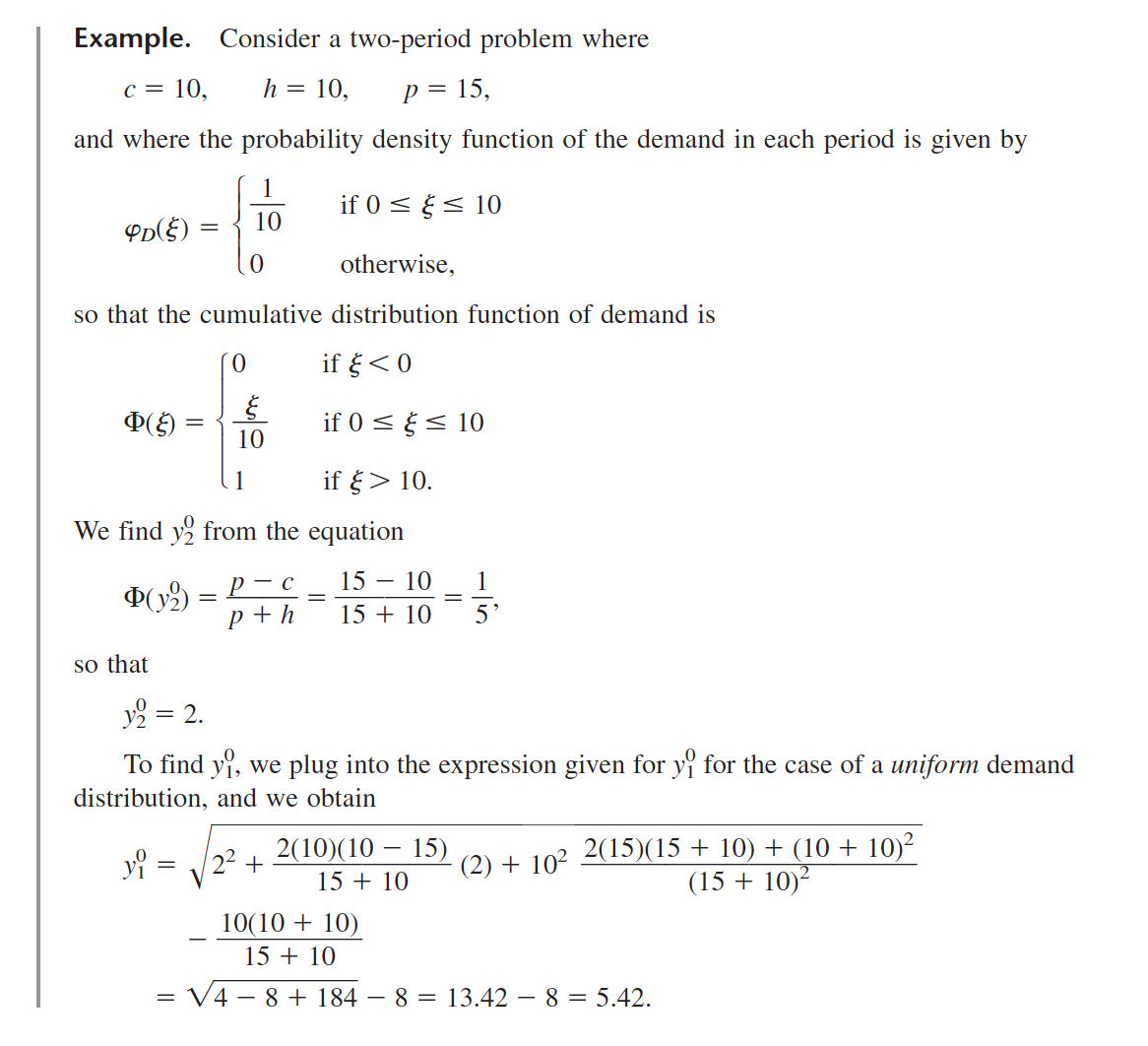 Clearly will not be an easy calculation by hand since $C_1$ has this function $L$, that it's evaluated with diferent arguments, which are two integrals.

I am not sure what form the argument of $\displaystyle \min_{y_1\ge x_1}\{\dots\}$ will have, nor what would be best to do next. My book mentions this OR Courseware but since I have the pdf file book I don't have the disk? is refering to.

And my question is what can I do here in order to find the optimal $y_1^0$ without having to deal with lots and lots of calculations by hand?

Any suggestions are very appreciated.

Following the comment of Larry, I substitute $y_1^0$ in the equation equal to zero (below the $C_1(x_1)$ definition in the image).

I really don't see what am I doing wrong? I did check twice the calculations of the expression and found no errors.

$\star$ Note: I asked this question on MSE https://math.stackexchange.com/questions/3246019/why-the-optimal-value-that-minimizes-a-function-does-not-satisfy-condition and currently has a bounty (grape period bounty to be exact) and I asked to migrate but it was not possible :(

Presumably, somewhere in the example it says that the base-stock levels must be integers. Therefore, they plug the neighboring values, $y_1^0 = 5$ and $y_1^0 = 6$, into the objective function to see which one gives the better value. (This relies on the objective function being convex.) They found that $y_1^0=5$ is better. But it is not surprising that when you plug $y_1^0=5$ into the optimality condition, you don't get $0$; $y_1^0 = 5$ is only optimal because it has to be an integer.

Not the answer you're looking for? Browse other questions tagged optimization inventory or ask your own question.